We have written literally hundreds of articles exposing Rebecca A. Rodriguez (Cook Vegan For Me, One Animal World, Animal Time TV, Animal House, Animal Centric, Pacific Animal Society, Lucky Head Films, Evacsak), her behavior, her modus operandi, her duplicity, her narcissism and her masterful manipulation of the public who quite honestly, are not prepared for this level of deception and exploitation.

We do not wish to cover, again, what has already been exposed.

However, if you do not believe this investigative site, we ask that you ask for actual independent, evidence; real proof of what you have been told by Rodriguez in answers. Don’t just take her word for it. Be aware, just like every other con, she has mastered story-telling.  Don’t be so believing and trusting.  Look at our evidence and look at her evidence…. Make sure what she is telling you is 100% truth.

And if this site is not enough, start asking the people who have been bullied by Rebecca A. Rodriguez for speaking out against her nefarious actions, deceit and behavior.  There are literally hundreds of screenshots where people have become targets and are being victimized for speaking openly about what they have endured at her hands. 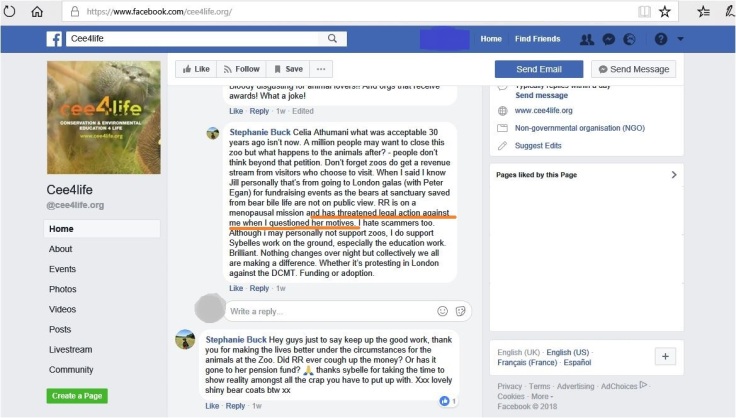 Look at her past involvement in certain projects and write to the people in authority.  Like Adams County Pet Rescue.  Like Bandung Zoo.  Like Kandi Zoo.  Like Scorpion Wildlife Trade Monitoring Group all of whom are on Facebook and other sites.  Reach out and ask them about the issues we have addressed here.  You will soon discover who is lying and who is telling the truth.  And why!  The why will become very important.

The vet on the ground working in Bandung Zoo : Josephine Situmong on Facebook

At this juncture, due to a justified tarnished reputation in the animal welfare arena, Rodriguez has been ostracized and blacklisted and has thus come up with another way to try and make money.  (She can no longer make money ripping off desperate animals).  She hopes “her idea” will be sold onto major cooking show networks.  The truth is this idea has been stolen from the Bay Area Veg Org – http://www.bayareaveg.org, see screenshot below.

Innocent members of the public, restaurants, surf shops, Air B n Bs even airlines like South West Air and organizations like Sea Shepherd have once again been lured into Rodriguez’s web, unknowingly and unwittingly, becoming party to her ravenous appetite for money and infamy.

Cook Vegan For Me has been created with Tracey Kleber, another woman caught up in the quest for money and fame.  Remember “Lights, Camera, Animals”?  Time will tell how this pilot episode will suffice especially when there are literally hundreds of vegan cooking shows featured on YouTube and independently already!

Click here for : Hundreds of vegan cooking shows already exist and they are endorsed by PETA! 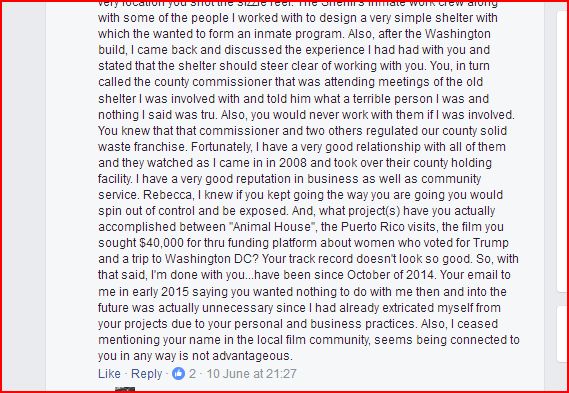