WAKE UP AND SMELL THE ROSES!  THEY SMELL LIKE FISH!!!

All is quiet in Rebecca land.  Not even the pitter patter of a mouse can be heard.

Who here can stand up and say they have seen the bank statements of RebRod LLC?  Any accounting whatsoever?  A receipt?  Even an invoice? $53 531 USD plus an additional approx $12 000 USD in contributions, a giant total of approx $65 000 USD given by kind-hearted donors to help the sun bears of Bandung Zoo, other animals of Bandung Zoo, Mikail at Kandi Wildlife Park and “animals of Indonesia”.

Do you remember the PROMISES? 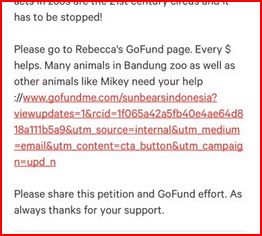 Have ANY of those animals received even $1?  The answer is NO!  If you don’t believe us, ask Rebecca Rodriguez herself if she has donated to the intended beneficiaries.  And don’t fall for her lies about Bandung Zoo refused her help!  We have proven that that too, is 100% false.

Rebecca is making good use of your donations.  She and Alycia Barlow Hadfield and Tracey Kleber have been traversing the world identifying filming opportunities to re-launch Rebecca’s dreams of appearing and featuring in her own TV production via YouTube!!!

Where IS that money?  Anyone seen any accounting of disbursement of public’s donations?  There is NONE! 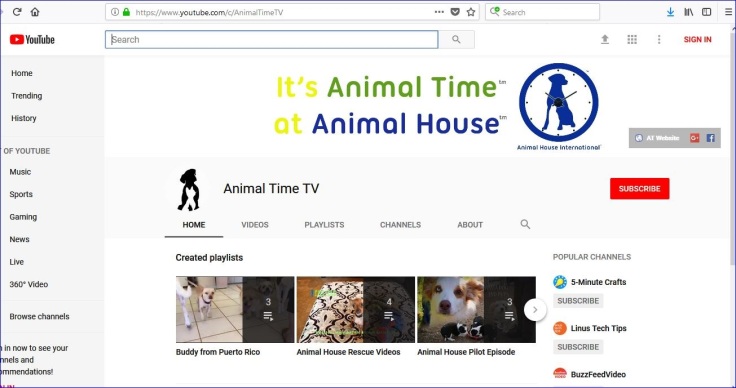 We will explain what is happening with YOUR money.

Years ago Rebecca tried to sell an idea based on her experiences in 2014 to TV production networks – like Animal Planet.  It focused on rebuilding an animal shelter and filming it.  The idea came from the popular series “Extreme Makeover Home Edition” except it was for animals!  IT FAILED MISERABLY.

After producing one sizzle reel the idea was dumped. Nobody was interested in the idea and people who were involved with Rebecca on the sizzle reel, stepped forward to announce that she was an unprofessional, chaotic nightmare and she brought nothing to the rebuild.  In fact, she couldn’t even fulfill her agreement to get companies to donate $50000 in items that were to be used in the rebuilding and multiple volunteers and staff of Adams County Pet Rescue resigned after Rodriguez’s involvement due to her menacing and bullying mentality!

Then along came “Close Bandung Zoo” and “GoFundMe fundraising campaign for “Sun Bears of Indonesia”.  Rebecca raised over $65 000 for those animals but after being exposed for potential fraud she ditched her plans to be the “driving force for animals in Indonesia” and returned to the USA.

We also exposed her for lying about the dogs of Fasano, Italy.  Yet she still features this “project” under One Animal World and STILL asks you to DONATE yet again! 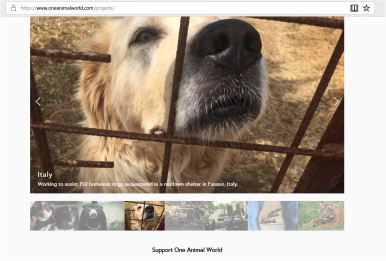 We also exposed her strange relationship with Barks of Hope in Puerto Rico.

Then radio silence.  Absolutely no new information was put out.  The silence was so the time would elapse when donors could get a refund from GoFundMe!  All this silence was for a reason.  People again, have not paid attention!  You have lost your donation!  Rodriguez thanks you!

Suddenly Animal House TV is down but Rebecca has revealed herself on her Facebook page : http://www.facebook.com/animalhousetv which has now also been taken down!  Oops!  Too late!  Screenshot!

You see ALL THE MONEY YOU DONATED FOR THE ANIMALS IN INDONESIA has now, we surmise, been spent on capturing raw footage (on “animal heroes”) in Mexico, Puerto Rico, Italy, Germany, Greece and Indonesia to capture raw footage for their new idea : “Lights, Camera, Animals! which will appear on Rebecca’s original idea of Animal Time TV via YouTube!!  (Don’t be confused by all the similar names 😉 Yes, there is also Animal House TV but Animal Time TV is linked to YOUTUBE which is where they are launching their little films from!)

And it’s all evolved into a jumbled mish-mash of One Animal World and Animal House : Around the World aka Animal Time TV.

You remember, YOUR hard-earned money that you struggled and worked for? The money FOR THE ANIMALS?  You never helped a single animal with your donation!

If you STILL CAN BELIEVE that Rebecca is an “animal advocate” “helping animals” then why months later there still an absolute hush on where $65 000 USD has disappeared to? The truth is there has been ZERO ACCOUNTING of the MONEY THROUGHOUT THE FUNDRAISER!!!!  Too much time has now elapsed and you cannot get your donation back!  Rodriguez is nothing if not smart!

Surely any legitimate organization or honest “animal advocate” would be 100% transparent and 100% accountable?  But that’s the point, isn’t it?  There is, in reality, NO LEGITIMATE ORGANIZATION involved, nor an “HONEST ANIMAL ADVOCATE” involved! 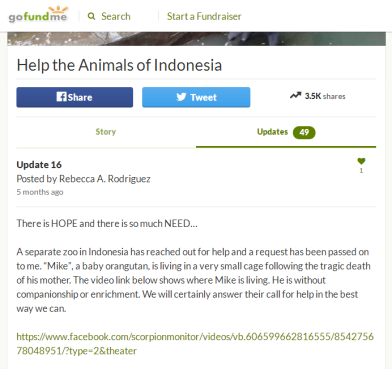 WHAT AN ABSOLUTE DISGRACE!

Feel free to email the lovely Rebecca Rodriguez and DEMAND SPECIFIC, VERIFIABLE PROOF of the ACCOUNTING of the DONATIONS.  Don’t accept her word or her claims.  Ask for a bank statement or an audited accounting record, you know, ACTUAL PROOF and please remember, this money was NEVER intended to benefit Rebecca and her friends (and is illegal per GoFundMe’s terms and conditions) for identifying FILMING opportunities for their newly formed “projects” – that of One Animal World and Animal House : Around the World “revealing animal heroes”!

Email Rodriguez and ask for LEGAL PROOF ie independent assessment of the accounting for this fundraiser.  Her email : msrebrod@gmail.com or Rebecca@rebrod.com or her side-kick P Holmes : pyoh@hotmail.com

One thought on “WHERE IS THE MONEY FROM THE FUNDRAISER? It is unaccounted for! $65000 USD!!”